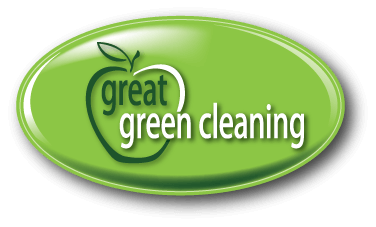 Cleanliness is Next to Happiness

In the age of big cities, it seems fresh air, peace of mind, and cleanliness are becoming more and more elusive. Vehicles line the streets, homes and busy factories live in close proximity, and the natural world that once filtered our dust has since been buried beneath the pavement.

Now more than ever it’s important that we tend to our environment in such a way that our minds and bodies can return to their natural, healthy, and happy state. Keeping your space clean and clutter free, and in-turn keeping the air you breathe clear of pollutants, you can balance your mood and positively affect your life.

When entering a house with dirt and clutter you have two choices: either clean it up or put it off. Most people end up putting off the real cleaning because they’d rather be doing something they enjoy. The problem is that the clutter itself is hindering your peace of mind, so the extent to which you enjoy anything is going to be limited.

Research has shown that clutter raises the level of cortisol (the stress hormone) in the brain, and that stress would stick with participants even when leaving the cluttered environment. Aside from stress being unhealthy by itself, it can also lead to other unhealthy behaviors. A study at Cornell University demonstrated that a messy kitchen increased the consumption of snack foods by participants.

High stress levels and over-eating are just some of the problems with living in a disorganized fashion; it also caused participants to act less professionally and feel more out-of-control overall. The solution is clear: get rid of clutter, bring order to the space you inhabit, and encourage good health of body and mind.

Even if your home is clear of clutter, dirt and grime on the surfaces in your space can have a negative effect on your behavior. The “Broken Window Effect” is the highly regarded theory that when any part of a system is mistreated or neglected, further neglect is promoted subconsciously. So, when you see the dirty bathroom sink in your periphery, you probably aren’t going to be cleaning the toilet bowl any time soon. In fact you’re less likely to care about keeping things clean at all.

The good news is that the same theory also finds the opposite to be true. When a team of researchers cleaned and restored 34 of the most crime-ridden areas in Lowell, Massachusetts, it’s crime rate was reduced by 20%. The dirt on your things is like graffiti on subway walls, and ridding your home of it will promote good behavior and continual cleanliness.

While making things look and feel clean is extremely beneficial to your health, there are also invisible factors at work. Indoor air pollution is considered a top five environmental risk to public health by the United States EPA. Their studies found that indoor air pollution levels were an average of 2 to 5 times greater than outdoor pollution. This is serious since certain contaminates can exacerbate respiratory issues, cause headaches, nasal congestion, fatigue or nausea. One study on air pollution found an association with stroke and depression in adults, as well as some serious cognitive and neural effects on children and animals.

Most people don’t realize how important it is to keep air clean and to not let things like bacteria and mold develop behind the scenes. Luckily, once the clutter and dirt is gone, keeping your air clean becomes a lot easier. Aside from ridding your home of chemical-based air fresheners, you’ll need to clean behind and under stationary furniture on a regular basis and always use air filtration systems.

The psychological and physiological effects of a messy living space are substantial but not unavoidable. It’s not an impossible task to keep your home clear of clutter and dust, and you’ll soon find that the cleaner your house, the easier it is to maintain.

By getting rid of unnecessary things, organizing the rest, and thoroughly cleaning every corner of your home, you’ll find a happier, healthier future awaits. They say cleanliness is next to godliness, but as it turns out, it’s pretty close to happiness as well.

More from the GGC blog »